When U.S. President Donald J. Trump announced plans to “drain the swamp” It is believed that perhaps God or some other force-may have had similar goals in mind. Reason being is that a growing sinkhole appeared on the White House’s North Lawn this week.  Cordoned off with caution tape and two measly cones the hole appears to be just outside the office of press secretary Hogan Gidley.

It’s uncanny that another sinkhole formed just outside Trump’s private estate Mar-a-Lago in Florida this exact time last year, issuing a travel alert in the town of Palm Beach.

(For those who aren’t aware we’ve included the dictionary definition of a sink hole.)

The sink hole has set Twitter on fire with viral commentary.

This week I’ve been observing a sinkhole on the @WhiteHouse North Lawn, just outside the press briefing room, growing larger by the day. pic.twitter.com/BsFUtxFqpB

DID YOU CREATE THAT SINKHOLE? pic.twitter.com/CvwoGzRN6N

The National Park Service (NPS), which oversees the grounds, told USA Today it is monitoring the situation and plans to bring in experts.

“Sinkholes, like this one, (pictured, above) are common occurrences in the Washington area following heavy rain like the DC metro area has experienced in the last week,” NPS spokeswoman Jenny Anzelmo-Sarles told the publication in an email. “We do not believe it (sinkhole) poses any risk to the White House or is representative of a larger problem.”

For the record one of the last major sinkhole occurred on  Mar 12, 2013 -when Residents were evacuated and cars were relocated after a sinkhole opened up on a sidewalk in front of a building block in Northwest Washington D.C. Initial reports said the hole located at the 1900 block of Biltmore Street NW was about 25 feet deep.. 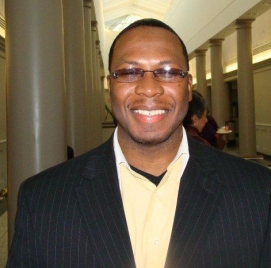 Gregg L. Greer a Public Speaker, Pastor, Social Activist, and the Editor of the One World internet journal. Greer is the Founder of Freedom First International a human rights NGO. He has written extensively about American politics, civil rights, and the intersection of social justice and politics. Greer is the Founder of Black America World News.  His stories have also appeared in The Huffington Post, CNN.  Greer writes commentary on Apolitical America, MSNBC Online and others.  Listen to his radio podcast at OneWorld Talks -if you are interested in interviews  from him and others of the brightest minds today, you can email him at  oneworldtoday@gmail.com His website is www.gregglgreer.com